Rubidium is another alkali metal, it has chemical symbol Rb and atomic number 37.

It takes its name from a red strip in its specter, even if it's not red but it's a light, soft and silvery-white metal. Rubidium compounds are often used in the fireworks to give them a red color. It's also used in the "atomic watch" like its cousin Cs.  Rb is one of the most favorite element for any element collector, you can watch it melts in the ampoule. The sample in picture is a rare piece of Rubidium metal 1.5 grams 99.99% pure, perfectly sealed under argon. 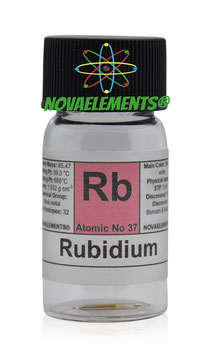 placed inside our labeled glass vial 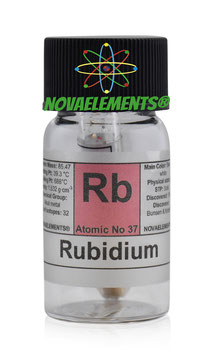 DISCOUNT CODE NOT VALID FOR THIS ITEM! 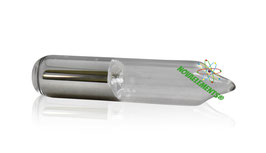 DISCOUNT CODE NOT AVAILABLE FOR THIS ITEM!

LEAD TIME: 3-4 WEEKS, discount code not valid for this item!

orders of 3 or more items in europe are dispatched with DPD or DHL express. we ship to USA with USPS, to canada with canada post and worldwide with the national post of your country. express shipping is also available worldwide, just ask us for that!