Hydrogen gas is the lightest and simplest element and, with a ratio of 80%, is the main ingredient of the visible universe. the other 20% consist of helium, the ratio of the heavier elements is below 1%. Most stars, including our Sun, generate energy by the fusion of hydrogen gas with helium gas. Hydrogen gas is quite abundant on Earth too, opposite to helium gas, because it is a very reactive element and so is part of many different compounds. The most familiar of these is the one with oxygen gas, H2O, also called water! But all the complex molecules of life contain hydrogen, too. There are three hydrogen isotopes, which as only isotopes of all elements have established proper names:

• 3H or T, tritium, super-heavy hydrogen, occurs only in traces

The latter is radioactive with a half-life of 12.3 years. There is hope, that in the future a lot of energy will be produced by fusioning deuterium and tritium. But this is enormously difficult, because such a fusion needs a temperature of several million degrees to run. 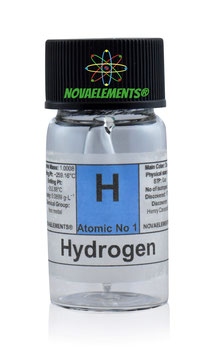 Pure Hydrogen gas +99% in mini ampoule inside a glass vial with label. Hydrogen gas ampoule for element collection. This sample is prepared under standard pressure atmosphere and can not be light up! 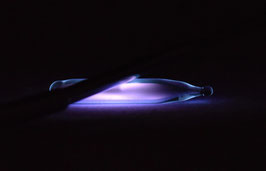 Pure Hydrogen gas 99,99% LOW PRESSURE, can be light up with the Tesla bulb for sale here. The sample comes in mini ampoule inside a glass vial with label. Hydrogen gas ampoule for element collection. Pure Hydrogen ionized ampoule. 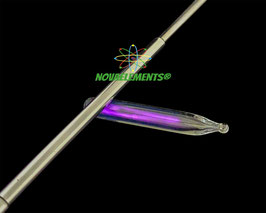 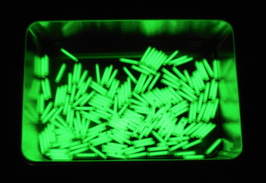 ULTRA RARE Tritium isotope of Hydrogen sample, self light sample, it glows in the dark without any irradiation! Tritium is a beta-light emitter. These are REAL sample of Tritium T2. The sample will come inside our glass vial with label T2 Tritium! 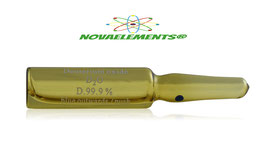 Pure Deuterium Oxide D2O, heavy water, very rare sample, must have for every element collector. Deuterium is the second isotope of Hydrogen and deuterium oxide is his compound with oxygen similar to H2O but more heavy and expensive! 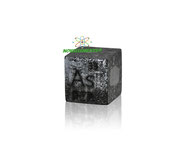 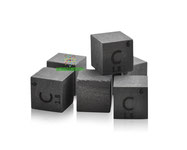 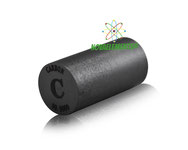 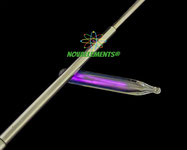 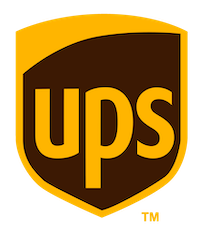